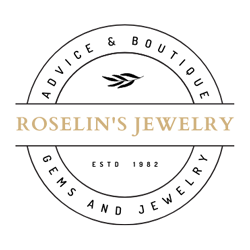 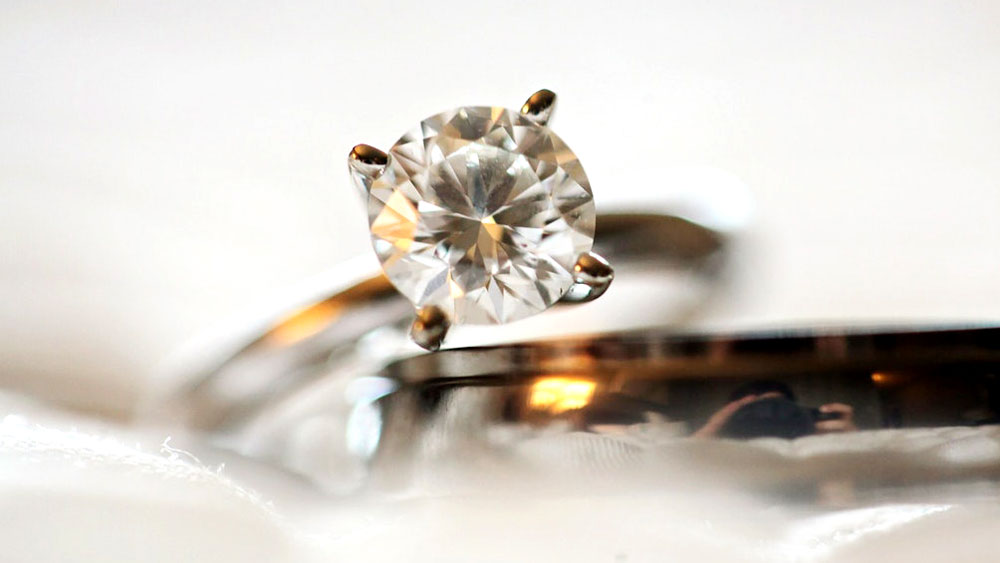 Diamonds are mostly colorless, or almost. Many actually have a hint of color, which is almost always yellow or brown. As a result, the GIA grading scale runs from D (colorless) to Z (light color). Prior to GIA standardizing the scale, there were a lot of different ways to grade a color. Some dealers used roman numerals, others used emotive words like “river” or “sunrise”. Commonly, various As were used, such as A, AA, AAA etc., based on the color and quality of the diamond.

Eventually, this approach caused more confusion than it prevented, so GIA came up with a standard scale that began at D to separate it completely from previous scales. Although technically a GIA scale, and it forms no part of any official standard, the new scale was soon picked up by all dealers and became the de facto color scale for diamonds.

Or, rather, what doesn’t. Once you get past the Z grade, you are then in “fancy color” territory. Rather than being white with a hint of color, these diamonds are actual colored stones. They can be yellow, red, blue, pink, orange, green, and even black. Impurities present during the formation of the crystal determine which color a diamond will be. Crystals with no impurities will be colorless and are very rare. For fancy colored diamonds, the color is usually the most important element when deciding a value. Clarity has some influence, as does cut, but the color is the real prize.

What we call a white diamond is really colorless, of course. Any trace elements which enter the rough diamond crystal all cause light to react in different ways. Each absorbs light in a particular part of the spectrum, and this affects the appearance of the color in the light which returns to the eye. As an example, nitrogen is the most common trace element in diamonds. Because nitrogen atoms absorb all light apart from in the yellow area of the spectrum, the diamond will appear yellow assuming enough nitrogen is present. If only a few atoms are included in the crystal, there may be a very faint yellow tint when viewed from certain angles. The more contamination, the stronger the color.

Given that diamonds take 3 million years to fully form, it’s inevitable that almost all of them have some level of impurity.  Those which don’t are extremely rare and extremely expensive.

What Is A G Color Diamond?

G color diamonds are not, according to the GIA scale, colorless. When compared against a known colorless diamond, a G color may display a very slight hint of yellow. However, without the colorless diamond to lay alongside it, it will actually appear completely colorless to all but the most expert eye.

What G diamonds do, is they give more people the chance to own what, to all intents and purposes, looks like a colorless diamond. Although the certificate will say otherwise, anybody who sees your diamond will never know it isn’t D color. Unless you choose to tell them, that is.

But it isn’t just about how a G color diamond looks. Price is affected by the color and availability of a diamond. There are, for example, far more G color diamonds in circulation than there ever will be D color. This makes a difference.A surprisingly big difference, actually.

Why G Color Diamonds Are Important

When we get past G color in the color scale, some buyers get nervous that they aren’t getting a white diamond. In fact, almost all diamonds up to J color and even some K diamonds will look colorless in natural light. But, for their own reasons, some people don’t like to walk so close to the line.

As a result, G color diamonds are hugely popular with engagement ring buyers and others. It feels far enough away on the scale from those diamonds which do exhibit faint color, that people are very comfortable buying one. G color diamonds are also considerably cheaper than D color or even F color, the next “whitest” diamonds.

All this makes them the perfect choice for ring makers and buyers alike. Cost is controlled, and supply is (in relative terms) reasonably plentiful. It also means that there is a huge variety of styles of existing rings to choose from. It’s really a win-win all around.

When Is A G Color Not A G Color?

Antique diamonds are something of an enigma in the market. Because they were cut by hand, using only a keen eye and some rudimentary measuring tools, they have never really been graded in the same way as modern cut diamonds. In fact, many antique diamonds have been re-cut to modern standards. This is a great shame because it means we lose the history and character of the original stone.

However, because the cutters and polishers of the time had to find ways to maximize the yield of a rough diamond, they had some tricks up their sleeves. They would look to cut in such a way that the face-up appearance of the finished diamond had the least color. If you get the chance to see an antique old mine or old European cut diamond from all angles, take a look from the bottom. Viewing it through the pavilion is likely to show far more yellow tint than from the crown.

In such circumstances, the diamond will have a different color grade. It is likely to have a grade that reflects the color present, whether it is visible on the top or not. As a result, a J or even K color antique diamond may well look like a G color diamond when in a ring setting.

It’s a trick that dealers don’t like to publicize, so don’t dismiss antique diamonds that are a color or two lower on the scale.

The Cost of a G Color Diamond

Is knowing you have a D color diamond worth over $10,000? Or would you rather have something which looks like a D-color diamond, but for 2/3 of the price?

Because of its colorless appearance, G color diamonds work especially well in white metals. Yellow gold is the ideal choice for diamonds with a slight yellow tint, as it increases the appeal by adding warm tones to the ring. The point of owning a diamond with little or no color, though, is that it looks exactly like that. So choose platinum or white gold for you ring setting.

The modern round brilliant cut accounts for the vast majority of new cut diamonds sold today. But, with a G color, don’t be afraid to look at other cuts. G color diamonds have excellent light-reflecting properties, assuming the clarity is also good. This can be exploited in just about any cut style.

Also, consider contrast stones. Again, given the colorless appearance of the diamond, almost any colored stone will look wonderful whether as a halo or shoulder accent. Sapphires, in particular always look stunning with diamonds.

Click the link for GIA’s Guide on the color grades.

Sorry, the comment form is closed at this time.